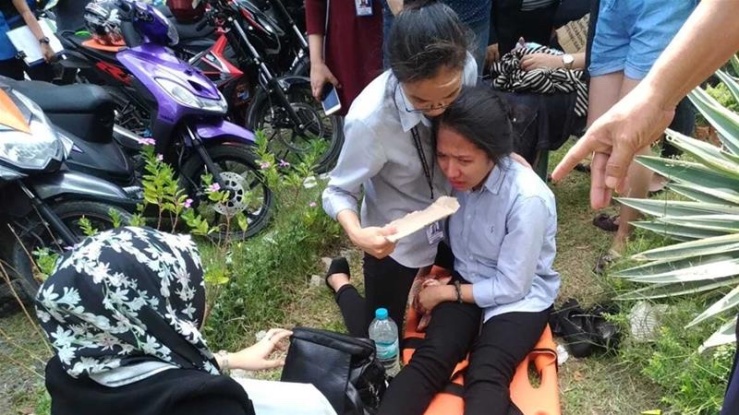 At least four people were killed after a 6.6-magnitude earthquake struck the southern Philippines on Tuesday, just over a week since a strong tremor jolted the same area and left seven people dead.

The quake’s epicentre was located inland northeast of Tulunan town in Cotabato province, 972km (604 miles) south of Manila, the Philippine Institute of Volcanology and Seismology said.

Seismology experts said there were no threats of a tsunami.

A 15-year-old high-school student from Davao del Sur province was confirmed dead after being hit by a hollow blocks during the quake, the public information office of Magsaysay town in the province was quoted by news reports as saying.

CNN Philippines is also reporting that a 66-year-old man died in Koronadal City, South Cotabato after sustaining head injuries during the incident.

A father and his child was also killed in the town of Arakan, Cotabato, according to ABS-CBN News.

A Manila-based radio station also reported that several children in Tulunan were injured when their school collapsed.

The quake was initially reported as magnitude 6.8 but was later downgraded to 6.6.